The ResponDrone Project has entered a new and more advanced phase, with a practical, hands-on learning session for first responders, in this case firefighters, held in the picturesque town of Corte in northern Corsica on February 23, 2022. The meeting was hosted by the Fire Fighter Department of Corsica (SIS2B), a ResponDrone partner, and held at its simulation facilities in Corte.

Despite the current challenges posed by the Covid-19 pandemic, it was physically attended by representatives of ResponDrone partners from the Greek and Latvian fire-fighting services, with the other project stakeholders taking part remotely via Zoom.

The session was held based on a Learning Management System (LMS) platform developed by ResponDrone partner HCFRN (The High French Committee for National Resilience), following consortium discussions to map out an agreed learning strategy for employment of the ResponDrone system for first responders.

The learning was divided into three categories:

While the learning modules in each category were divided into three blocks:

The learning program allowed participants to progress at their own pace and to validate each module until they completed the full training session for the category. The participants learned to process the data collected by the drones in order to improve field deployment of first responders and rescue forces.

The course material touched on drone operation regulations, flight safety, as well as the integration of various platforms and drones in the operational effort to contend with a forest fire.

During these two days of training, the participants had access to films, explanatory material and data, and were required to complete seven levels of educational content. At the end of each stage, participants had to successfully answer a multiple-choice test in order to pass the training session. 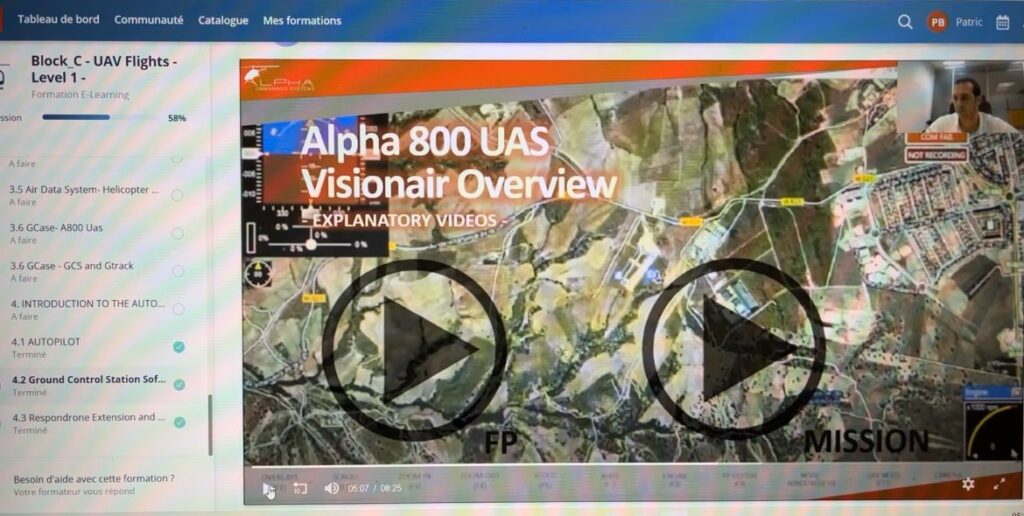 Lieutenant Colonel Marien Setti, Head of the SIS2B General administration and who played a key role in the development of the training software, explained just why an integrated, drone-based solution for emergency response management, offered by ResponDrone, is such a critical component in the modern operational approach to firefighting:

“The most important task during large-scale operations is the constant need to find information and data. The ResponDrone platform is extremely flexible, not overly expensive and equipped with 3D vision, providing us with an enhanced view of the overall target area. This is especially important for forest fires, in which we really need details of the relief, the support zones and potential access routes. It really is the tool of tomorrow.” 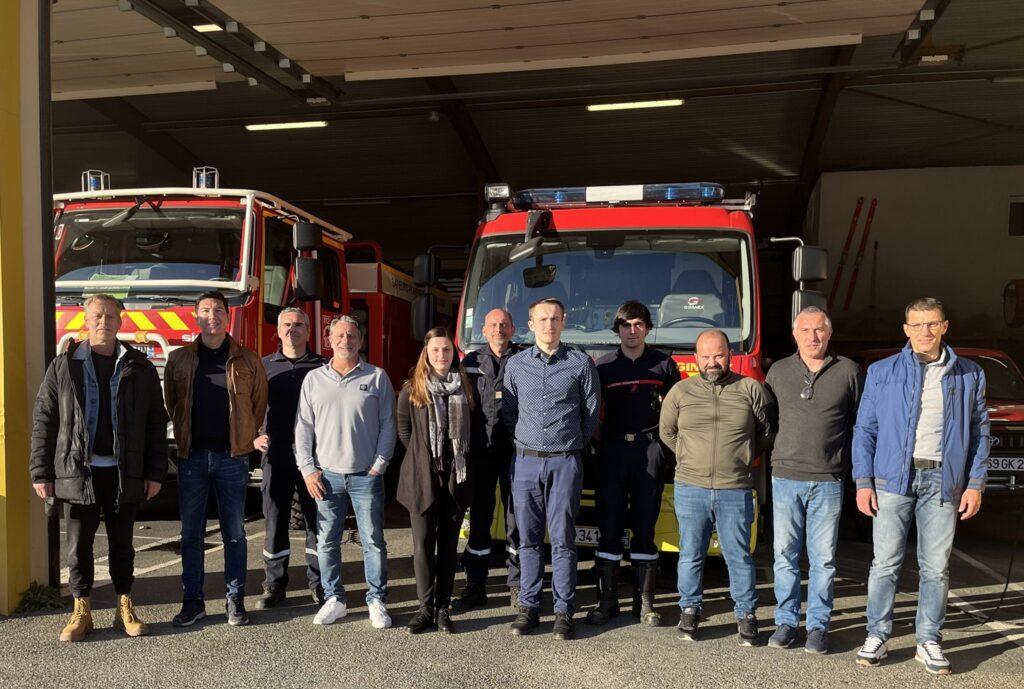 Commander Michael Pelissier, responsible for the project’s R&D at SIS2B, the Fire Fighter Department of Corsica, and also involved in the development of the e-learning module, explained about the added value of using drones in forest fires:

“A forest fire is never really extinguished in one go. We really need to make a number of recon passes over the officially extinguished fire zone, as there are always remaining hot spots or smoke areas. Thanks to its thermal camera, the drone enables us to see under the surface of the earth and thus detect the hot spots.”

President of SIS2B, Hyacinthe Vanni, who welcomed the participants to the training session, reiterated just how the use of drones is a less expensive and more effective aerial platform, whose state-of-the-art visual capabilities, enable the firefighters to get as close to an operational zone as possible, without endangering human life. He described ResponDrone as, “A truly innovative project, and an important experiment in decision-making support. Drones are the future of surveillance!”

In essence, the e-learning session at Corte was an important precursor to the concluding stage training drill scheduled to take place at Villacarrillo (Jaen), Spain, during the first week of March. The training drill to be held in Spain is intended to combine the theoretical study and computer simulation together with on-site missions, culminating in what is effectively to be the crowning moment of the project to date.