The EU-funded ResponDrone Project was well represented at ECPA 2019, the 12th European Conference on Precision Agriculture held in Montpellier, on 8-10 July.

ResponDrone was presented by Alpha Unmanned Systems at the conference, which attracted over 380 professionals from a broad variety of almost 40 different countries.

ECPA 2019 provided ResponDrone with an excellent opportunity to showcase the relevance to the field of agriculture of the project’s unique state-of-the-art technological approach to improving the speed and effectiveness of first responders to emergencies. 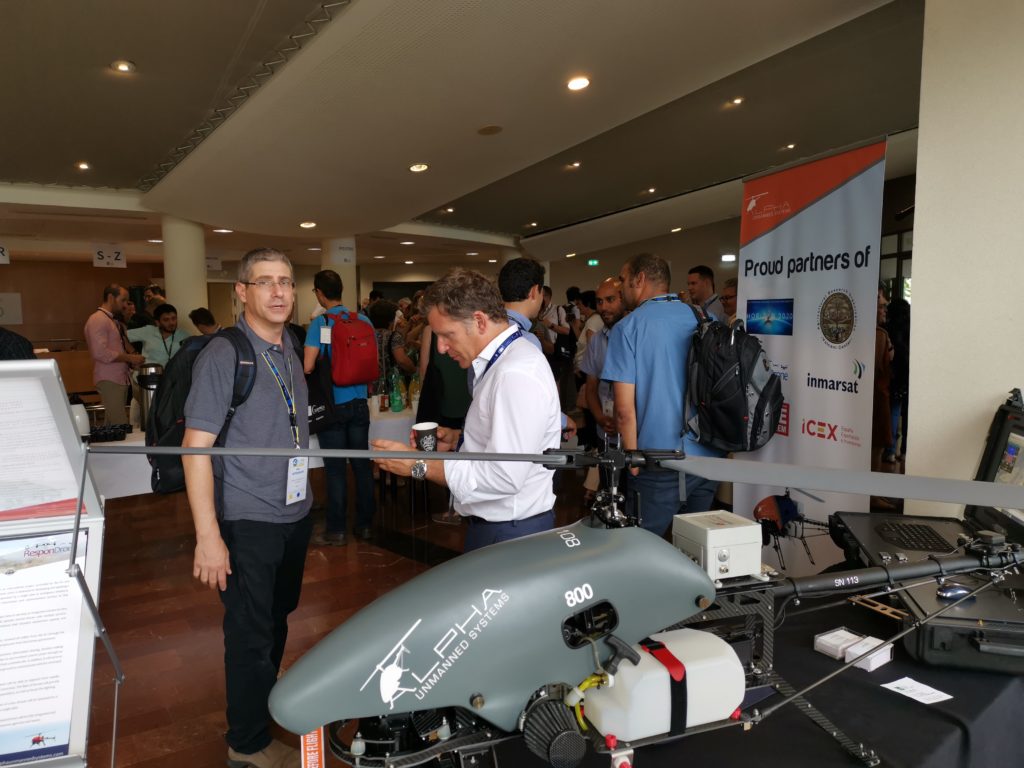 Damage caused by wildfires is fast becoming a growing global problem. As was demonstrated by the recent massive fires in Alaska, Siberia and the Amazon green forests.

According to the last available EU Science Hub report on this issue: Forest Fires in Europe, Middle East and North Africa 2017, more than 66 thousand fires hit Europe during 2017, burning more than 1 million hectares. The following table from the report clearly highlights the increasing scope of this problem. 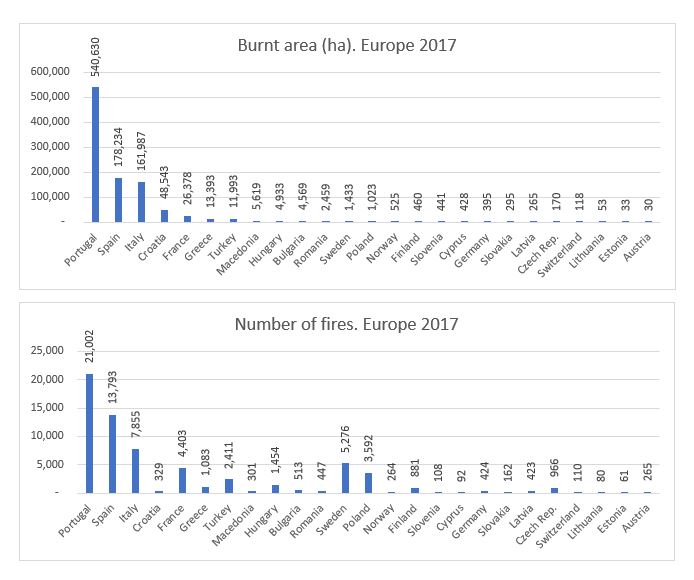 An agile response is particularly important in the event of a fire in an agricultural environment. Stubble burning is still used by many traditional farmers as a relatively cheap, yet effective, method of getting rid of unwanted post-harvest crop residue. This is a dangerous practice, which clearly has great potential to spark forest fires during the hot, dry summer season, especially in southern Europe.

Most of the technological solutions for precision agriculture are focused on creating proactive measures for the timely identification of diseases or to optimize the use of existing resources. The use of drones in this sector is usually limited to imagery and crop spraying. While these mainly preventive or pre-emptive solutions aim to increase crop yields, to date, there are only a relatively small number of systems dedicated to providing more effective contingency approaches to contend with evolving natural disasters, and this is where ResponDrone steps in.

For farmers in regions with hot, dry climates, an effective response by the local fire department is crucial to having a decisive, direct impact on the potential harm caused by a fire in an agroforestry environment:

The key to limiting the affected surface area of the fire and thus reducing potential heavy financial losses to the farmer lies in controlling the fire in its initial stages, thus making it easier to extinguish it.

Beyond the immediate damage caused by fires in agricultural surroundings, they also plainly affect the profitability and return of any future crop to be cultivated there for several reasons:

ResponDrone will make a substantial contribution to improving the agility achieved by the first responders in scenarios such as forest fires or similar environmental disasters affecting the agricultural economy, such as floods. The platform designed by the ResponDrone team will enable first responders/firefighters to:

All of this helps us to better appreciate the considerable importance for providing agriculture and agroforestry environments with an effective and timely capability to fight fires.

The writer is a Senior Project Manager at Alpha Unmanned Systems, a ResponDrone partner.